In Kaunas, Lithuania, there is a too much overlooked semi abandoned Soviet amusement park.  Tucked away up a hill, behind a park; it was kind of difficult to find.  Definitely not something you would just stumble on.  When I heard about it, I knew that is was something I would want to check out.  These are the things that I like to see, and the things that make me pretty sure I would be unhappy sipping a fruity drink with an umbrella at an all inclusive resort.  Well.  Maybe unhappy is a strong word… unsatisfied?  If I looked back and that’s all my trip was.  But fruity drinks at a resort sounds pretty sweet right now…  Looking forward to the end of winter…

Amusement park.  Now, I’m not sure if it was designed this way specifically, or if it was just  happy accident for the Soviets, but in order to get to the amusement park, you had to walk up about a million stairs. 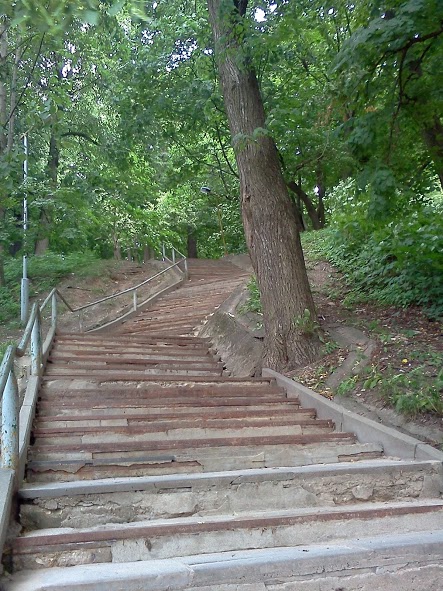 There were even more stairs than that.  But you get the idea.  Once I got to the top of the stairs, completely winded, I was met with what would have been a little kid’s dream at some other time.  Some of the rides were quite obviously no longer in working condition.

But some of them were still operating.  There was a woman still working this ride.  She looked pretty lonely. I wanted to go and ride the giraffe, just to give her something to do… but perhaps that would have been weird.

I also really liked this little car ride.  The cars were so basic, but I knew that little kids would love it!  I liked the little car, but I think most of the kids would probably like the motorcycle the best.

Now, the one ride that I thought was the coolest was the non-Ferris wheel.  The wheel?  What do you call these contraptions if it was not designed by Ferris?

Or, would it be called a Ferris wheel anyway?  I’m unsure how what entails that classification.  But I really liked this wheel… it was cute, and not too tall.  As a child afraid of heights, I may not have even freaked out if taken on this one.

There was also a very odd “fun house”… It boasted curvy mirrors to make you look weird, and a table and chairs, possibly for arts and crafts or some kind of game.  This was clearly still open to kids, but there was no one there. 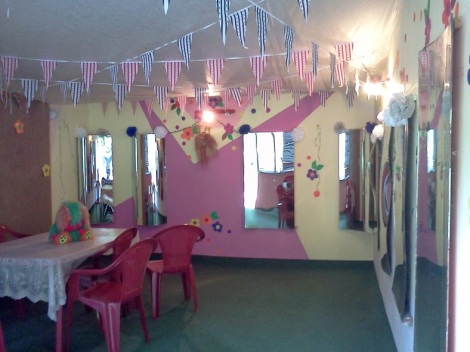 All in all, it was really fun for me.  The park also had a big pool, and an infinity walking path, where you could walk along the never ending figure 8 for as long as you wanted.  It was kind of surreal to be in a place that represented so much fun, but for it to be just overgrown, and completely silent and empty.