So.  I’ve finally arrived back in Tallinn, Estonia after four months of travelling, mostly in the Balkans.  Had such a great time, and I have a few more blog posts to catch up on.  But I really felt as though there was one that needed to be said.

My version of ‘The things they Carried’.

I walk a fine line between overpacking, and only bringing the necessities with me when I travel.  Or so I thought.  And then I got back to Tallinn, and started unpacking my bag and realized how many completely useless things had made the journey with me.  Completely useless.

But on the flip side of that, almost every person I’ve met on the road has said, ‘wow!  you’ve been travelling for this long, and that’s the only bag you have with you?!’  This is due in large part to my suitcase, Seymour.  Seymour is thusly named because the bag is so awesome it actually allows me to see more.  It is a great bag, that is deceptive in size, holding way more than it looks like is possible.  It has just the right number of compartments to keep things organized without making it difficult to pack, find or deal with any of your stuff.  It is a rolling suitcase, but it also has backpack straps… for those tricky cobblestones and dirt roads.

So now, a visual list of all the things I have in my suitcase that are completely and utterly useless.

I think I should start this off by talking clothes.  I’m a woman.  Stereotypically, we overpack.  I try to buck this trend, but especially on this trip… I’ve failed.  On a summer trip from Estonia to Turkey (four months long, an average temperature of about 90F, 30C) I brought with me:

(Of the actual useful clothes that I brought with me, I had about 15 tee shirts, 5 tanks, 3 pairs of shorts, and 6 skirts, underwear, flip flops…  things that actually work for the summer…)

In addition to the clothes, I brought:

Status: Still in the bag!

Status: Still in the bag!

Reason: To charge my nokia, that only works in Estonia…

Status: One back in the bag, one donated to the hostel!

Reason: Wanted to use the tin they were in as a wallet 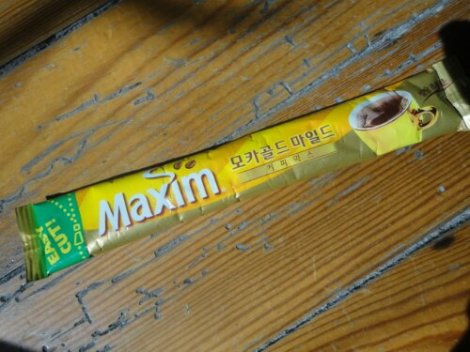 Status: still in the bag!!

Reason: to give to couchsurfing hosts as thank you notes

Reason: Going to make something out of it when I get home

Reason: Gift for mom (when it was not broken)

Reason: rented scooters in Croatia (and printed in 8 languages!)

And what has to be the most useless thing anyone has ever brought on a backpacking trip:

And we’ll finish up with the unsung hero award:

Reason: saved after eating a potato in Belfast

Status: still in the bag!!