On my way out of Sweden, I traveled by ferry to Riga, Latvia.  Ultimately it was a great journey, including my own cabin (even though I only purchased a bed in a four bed dorm cabin… I was the only one there)  and a fun filled boat of people.  Immediately after we began our journey, I made my way up to the top open deck to take some pictures as we traveled through the Swedish islands.

Unfortunately for me, these two were feeding the seagulls. 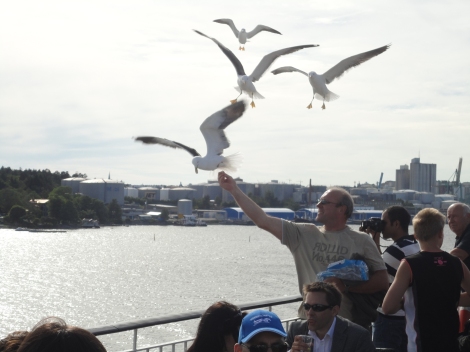 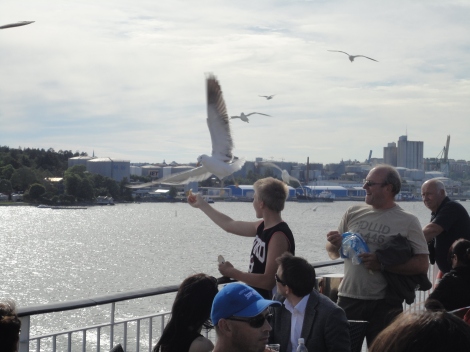 Now, yes, I have a rather irrational fear of flocks of birds.  Not bad enough for me to not leave the house, but enough to make me feel uncomfortable if they are around me.  However, due to the stunning seaside, I decided not to leave.  Because, I think it was worth it. 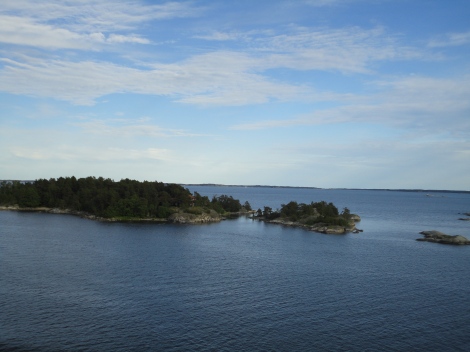 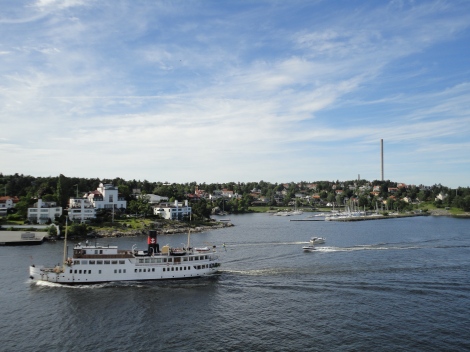 I do also like taking pictures of birds.  And thus, I looked at this as an opportunity to take close up pictures of a flock of birds in flight, because really, when is that ever going to happen again, I mean before the birds turn against us and attack, a la Hitchcock.

I´m just saying… if they decided to attack we´d all be dead.

Also, had an issue with birds photo bombing some of my pictures, but I think it gives it a little something extra. 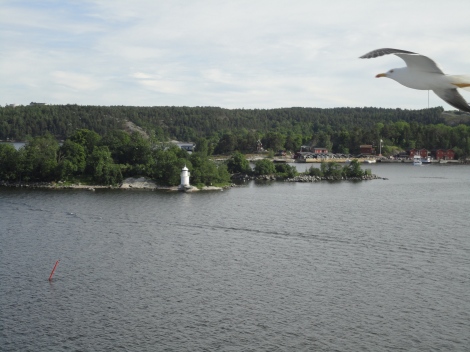 He didn´t even smile.

He didn’t even smile.

So, after living in harmony with these birds for a little while I was not expecting one to try and eat me.  Jokes on me, even with all of my distrust, they lured me into a false sense of security and then bam! 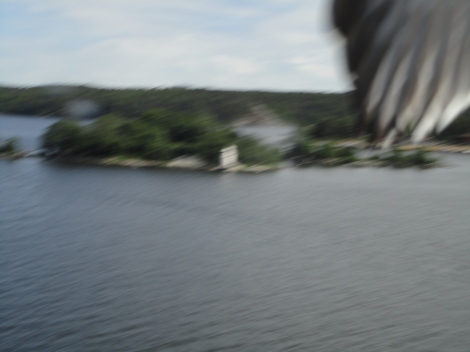 The retreating wing of the little bastard.

Apparently, my pinkie finger, which always kind of sticks out a bit when I take pictures (my camera is small….) looks remarkably like a piece of bread to a seagull.  Without me realizing what was happening, I felt something cold and hard clamp onto the tiny, defenseless, finger.  Ow.  Then a flurry of flapping wings WAY too close to my head alerted me to what had really just happened.  I had just been bitten by a seagull.  Attacked by the birds that everyone told me would never attack.

I was in a bit of disbelief.  Did this really just happen?  For real?  To me?  Me who hates birds?

Yes.  Yes it did.  The reality was slammed home by the half dozen people standing around me, laughing.  Thanks for your help.  Good to know in a bird apocalypse… you can’t trust anyone but yourself.  Also, good to know it’ll take a lot of effort on their part to actually kill someone.  He didn’t even break the skin, and though my finger was sore for awhile afterwards… no permanent damage.